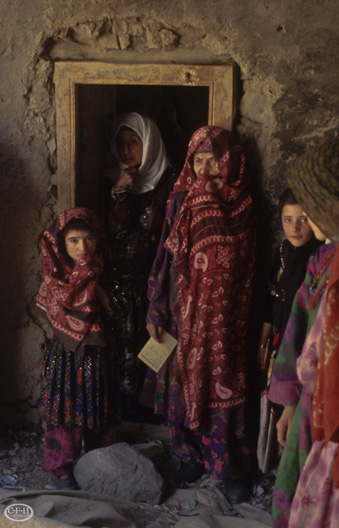 Dinner at Istanblue and a
Movie at Saratoga Film Forum

Make it a date night!

Pre-screening presentation with photojournalist Connie Frisbee Houde begins at 7:30 PM. Houde traveled to Afghanistan five times between 2003-2010 and will share her Afghan images and experiences with the audience.

Make reservations 48 hrs prior to event (581-0181), mention and “Saratoga Reads” to get our special Prix Fixe menu.

Please note: Istanblue Restaurant has No liquor license; You may bring your own, corkage fee applies.

Bring book clubs, family, friends and savor foods
from the regions in our documentary.

Since we have been having a number of winter snow storms, I thought that this image from my first visit to Afghanistan in February of 2003 would be appropriate.  It brings back fond memories of how safe I felt when I finally ventured out of our guest house door on my own discovering the city in the beauty of a covering of snow.  I don’t think the locals would have seen it that way as they were shoveling the heavy snow off the flat roofs that couldn’t hold the weight much less the dripping of the wet through the not so sound roofs.

I also remember how worried I was for my husband who was in New York City protesting going to war in Iraq.  There I was in Kabul worrying about his safety in New York. How Ironic?

If you would like to see this image and others from my five trips to Afghanistan beginning with the trip in 2003 and my last trip in 2010, they can be seen at the Saratoga Arts Center, 320 Broadway, saratoga Springs, New York.  They will be on display the Month of February and March. The gallery hours are: 9am – 5pm M-F, Saturday 11am – 5pm, and when the Film Forum is operating. Please check the Film Forum schedule.  http://www.saratogafilmforum.org

Shah-e-Doh Shamahira Mosque or “The Mosque of the King of Two Swords” was built in the 1920’s during Amanullah’s rule and drive for modernization.

I also will be showing a multi media show of more work when the Film Forum will be showing A View From a Grain of Sand March 30th 7:30pm. I will also facilitate a discussion of the film after the showing.

These activities are taking place because Saratoga Reads is celebrating its 10th year with the reading of Khaled Hosseini’s third book And the Mountains Echoed.  The first year the Kite Runner had been chosen at that time I participated in a multiple week program for the Academy for Lifelong Learning.  A memorable experience because my step-son was severely injured in Iraq the day before I was to present. I decided to continue and learned in the middle of my presentation that his vital signs had improved after multiple surgeries and 52 units of blood and he would be coming home.  Ten years later Matt is very much alive and has become a physical therapist for the navy.  He is one of the lucky ones who has made a life for himself.  This year I will also be presenting for the first session of Revisiting Afghanistan a program being presented to the Academy for Lifelong Learning. http://www.esc.edu/media/esc-foundation/all/ALL-Spring-2014-Brochure.pdf

Orphan 2003. As a result of 30 years of war, there are many orphanages in Afghanistan filled with children, many who have no parents or have been placed in the orphanage by a widowed mother who can’t take care of them. With few jobs a valuable to women, they often have no other recourse.

So you can see I continue to speak and present concerning Afghanistan.  I do hope that you will have a chance to see the exhibit or come to one of the programs.

Afghan Portraits: Windows of the Soul

Many of you have mentioned that you are waiting to see some of my new work from the trip to West Africa. I will give a general overview of the trip in my next post for now I would like to share with you a current exhibit I set up just before I left for West Africa and will continue into the beginning of November.

Afghan Portraits:   Windows to the Soul

A link to the library hours.   https://www.hvcc.edu/learning-commons/hours.html

New cafe area at the library showing the exhibit. 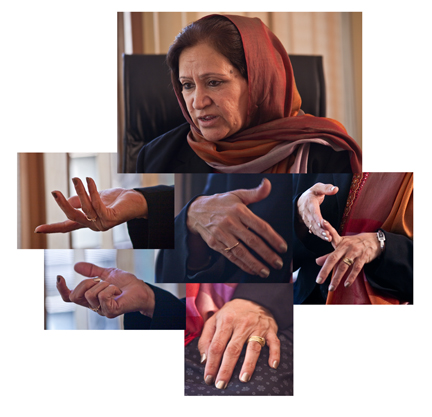 Soraya speaking about the plight of the Afghan woman.

Connie Frisbee Houde, a photojournalist who has traveled deep into the heart of Afghanistan, will share images that give voice to Afghan women. In her audiovisual presentation will depict the realities of Afghan life as the women attempt to keep alive their autonomy, culture and community.  The poignant beauty of Afghanistan and the strength of its own women will be evident.