Loss of a Dear Friend and Mentor 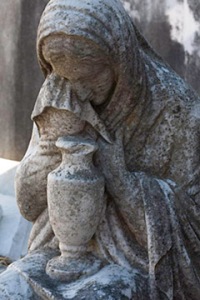 By now many of you will have heard of the killing of the NOOR eye team led by my dear friend Tom Little. Tom was/is one of those special souls whose very life is dedicated to service – in Tom’s case service to the medical needs of the Afghan people.  It was a vital part of him just like his skin was a vital part of his being able to live. This was evident as I would follow him as he worked in Afghanistan.  Mr. Tom was deeply loved and respected by those who he worked with, helped medically or just talked with.  To watch him drop what he was doing to help examine someone’s eyes and give them a pair of corrective lens or deal with a medical issue with no questions asked was a treat. Then he would pick up where he had left off or move to the next task at hand.  That could have included fixing a piece of equipment, dealing with a government minister or organizing the next project, soothing a difficult relationship and, yes, always chasing the needed funding to keep the program running and expanding to cover as many of the needs as the program could.

It didn’t matter who you where or which side of the political conflict you were on. It was about the people and making their lives better and politic often got in the way. The conflicts were always considered and by no means dictated action. Tom knew that there was risk involved but this did not stop him from working to make a difference for the people he served in Afghanistan. This work was what he loved.

My last recollection of Tom was in July when he was in the US for a short time.  We were sitting under the wysteria on my back porch around a table filled with good food surrounded by family and friends. As would always seem to happen, I was filled with questions, the jest being how did he see things were currently in Afghanistan? I was looking for the wisdom and incite he always had as Tom and Libby openly shared their knowledge and observations from years of experience. Tom responded with a certain amount of frustration about what he and his wife were yet again experiencing.  And then, there was that ray of hope as they both spoke of something in their work that inspired them to continue to see a future of promise in this complicated country. To Tom and Libby it was simple – service for the greater good.  Tom spoke of the work he was doing and his forth coming trip into Nuristan a place he saw with great need.  Yes, he always saw that ray of light.  Sometimes he had to mumble and grumble at the time things would take or something that had happened.  In the end often with a sense of humor the ray would be discovered and he would move to the next  project. These acts of caring and kindness were received with great gratitude from those he served.

I have been through every emotion you can think of and then some, while still carrying out why I am here. Each day we move a bit forward. You will see photos and more information about NOOR on this site from previous journeys I have made to be with Tom and Libby and to document the NOOR project. Many of you know I have continued to support IAM and NOOR as they work in Afghanistan by speaking of their work and encouraging others to because of the difference I see it has made in the lives of the Afghans they train and serve. A big thank you to all who have contributed and let us continue.

I was surprised to find how quickly my site was discovered by the press….I guess a better way of saying it is that I wasn’t prepared to comment much less negotiate over costs for using photographs so I graciously declined.

Thank you to all of you who continue to hold us in your thoughts. I have been touched and supported by each of you.

22 Comments on “Loss of a Dear Friend and Mentor”